It's strange really, all or most parents either think they've got one or wish they had, but how commonplace are they? What exactly is a genius? Dictionary definition:  exceptional intellectual or creative power or other natural ability.

Brad Newsome, reviewer
November 23, 2007A marvellous series on the brains of some of the world's geniuses.

This marvellous series on the brains of some of the world's geniuses continues with a look at child concert pianist Marc Yu. Yu, who was seven years old at the time of filming last year, is a precocious talent, and a cheeky little beggar to boot. So was he born a genius or was he turned into one? He was a smart cookie to begin with but his constant piano practice - which he has been mad about since the age of two - has made physical changes to the structure of his brain. 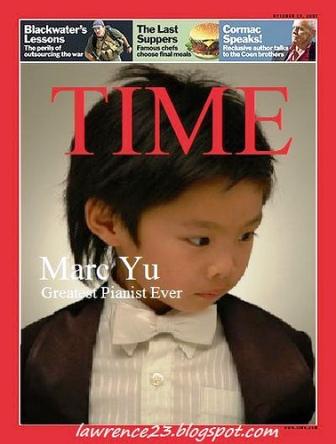 This marvellous series on the brains of some of the world's geniuses continues with a look at child concert pianist Marc Yu. Yu, who was seven years old at the time of filming last year, is a precocious talent, and a cheeky little beggar to boot. So was he born a genius or was he turned into one? He was a smart cookie to begin with but his constant piano practice - which he has been mad about since the age of two - has made physical changes to the structure of his brain. The program explains, through excellent computer graphics and clear and concise interviews with scientists, that children have more than twice the number of connections in their brains that adults do. As a child grows, the brain starts snipping connections that aren't being used, so it's a case of use it or lose it right from the start.

I wouldn't dismiss anything. There has to be an explanation as to why 8 year olds can play classical music to the level we see from this site. Easy to simply say, "They're gifted." What does THAT mean?

Gottfried Schlaug started playing piano when he was seven years old. He could have had a career in music but, decided to become a neuroscientist instead. Gottfried has scanned the brains of dozens of professional musicians to work out how they produce the brain-power that music demands. He explains: "There's hardly any other skill, any other activity, that would involve this much brain real-estate. The right question would be: which parts of the brain are not active when playing a musical instrument?".

Musicians' brains look like they're built for this job; several areas of the brain are bigger than normal. One of them is the cerebellum which takes up only 10% of brain volume but contains more nerve cells than the rest of the brain. This tiny organ works harder and faster than any other part of the brain as it orchestrates thousands of muscle fibres in the body.

Another area of brain that is bigger in musicians is the corpus callosum, a strip of tissue connecting the two hemispheres. It's a mission-critical organ in a pianist who needs to precisely synchronise the movements of the left and the right hand sides of the body. But why are musicians' brains different? Are they born or made?

Gottfried has teamed up with Ellen Winner to investigate whether the brain shapes music or music shapes the brain. It is a question that has baffled scientists for a very long time. Is it nature or nurture that makes a genius?

Gifted children are not just born with an aptitude but, with an iron-will to succeed. Ellen Winner explains: "Really gifted kids drive themselves. I call it a rage to master. Some people don't like the word rage because it implies anger, but I like the word because it captures the intensity". Puberty is a big hurdle for gifted kids, It's not just the hormones that cause trouble. At puberty, the brain has another go at cutting back connections. It's use it or lose it all over again and the part that matures last is the part that a teenager really needs. The pre-frontal cortex, the seat of judgement and self-control, normally only finishes development at the age of 20. 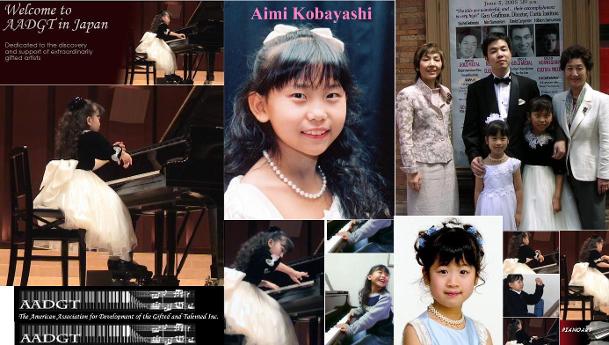 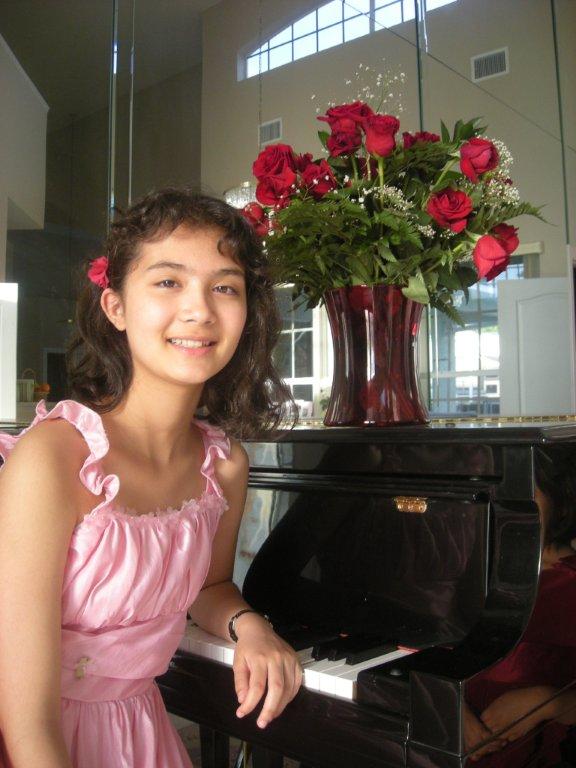 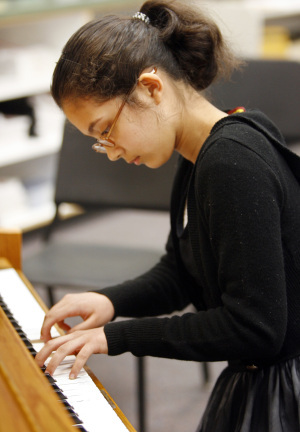 Does anybody agree with me that there are occasions when pre-teen children and other amateur pianists create a far more beautiful presentation of a piece than do professionals?

Reason - I suspect it's because there are no personal improvisations. Children play a piece almost exactly as the composer wrote it.

Since hearing this performance, I have listened to various presentations including that at the front of the film 'The Pianist' which I believe is played by Wladyslaw Szpilman, and I have to wonder, as I sit there with the sheet music on my knee, "Where does it say slow down at this point, where does it say speed up? Where does it convert that crotchet to a dotted crotchet and the following crotchet to a compensatory quaver?"

I'm not totally against improvisation in classical music, but some of it goes too far and spoils the performance. All too often, piano playing is not about creating a beautiful sound as much as saying, "Look at what I'm capable of," or "Look at how fast I can play." The various renditions of Chopin's Revolutionary will back up my argument here.

There are many young pianists around the world today, many of them pre-teen. The level of genius that is displayed by these kids should not be allowed to go un-noticed. Pop performers are making it big with ease and not much talent. We would hope to help to bring the limelight to these amazing classical pianists, as is deserved by them. May God continue to bless them as He blesses us with them.

I've been wondering why there are such brilliant pianists of pre-teen age. How is it possible for an 8 year old to play Chopin and Rachmaninov in such a way, that it's indistinguishable from a performance given by a top concert pianist? If we were blindfolded and could only hear, most of us wouldn't know the difference, if there is one.

I've never given much thought to re-incarnation before, but I was listening to a discussion on BBC radio one morning (9th August 09) about that subject. It was suggested that there was no such phenomenon as a 6 year old Mozart composing a piano concerto. The suggestion was that he had lived before and was just continuing from where he left off. Silly? Or not?

The interview was sparked off by the parents of a four year old boy in America who, through his nightmares, can describe accurately an air dogfight over the Pacific between the Japanese and the Americans in WW2, where a plane went down and the pilot was killed. The boy is describing the incident from the perspective of the pilot. He has named his toy soldiers after three of the pilot's comrades, whom he could never have known about.

Well, just a thought, but what do I know? I'm no genius!! I may still be a child though, albeit not a chronological one. Take a look at 'Use Your Talents' story on 'Comments' page.