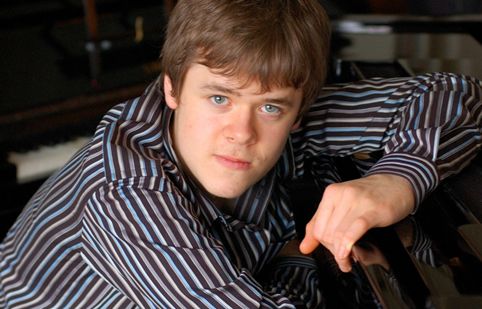 Benjamin Grosvenor was a finalist in the BBC Young Musician of the Year aged just 11, which he followed this year (2011) by  becoming the youngest-ever soloist in the history of the BBC Proms when he plays Liszt's Second Piano Concerto on the opening night. Furthermore,  he just signed a deal with Decca as their youngest-ever artist.

"My mother tried to start me when I was five, but I couldn't be bothered. I only began practising seriously when my friends at school started to play, and I thought, 'they're not going to get better than me!'"

Benji's mother taught him until he was nine. "She realised I had a gift for music when I was eight and I could play a Chopin waltz with more of a feeling for conveying emotion in the music than her 17- or 18-year-old pupils. But I don't have any particular early memories of the piano," he said.
Benji's  inspirations don't come from today's pianists. "I've become disillusioned with how people play these days. If you compare the way people perform Mozart now with, say, Lili Kraus's recordings, or Schnabel's Beethoven with today's players – today, things are so much blander and more boring.
They were each so unique back then." His favourite - "Probably Horowitz, but there are so many: Cziffra, Rosenthal, Cortot, Cherkassky, Moiseiwitsch. Maybe it's because of recording and the pressure to make things note-perfect, or the influence of competitions, but we've lost touch with that tradition of playing, with its imagination and expression."

Maybe neither the Alfred Brendel  nor the flashy Lang Lang brand of pianism would interest him as much as the older generation. He admits to being fascinated by Chinese sensation Yuja Wang's repeated octave-runs, but really, "it's with the old dead guys" of the bygone age. Their fearlessness is what he aspires to, even if it means doing things the composer didn't write. "If you presented any composer with their music in a completely different way from what they wrote, but it was incredibly effective, they would be flattered. And with most of the composers I play, there's even less of an obligation, because they're dead. They're not ever going to hear it." 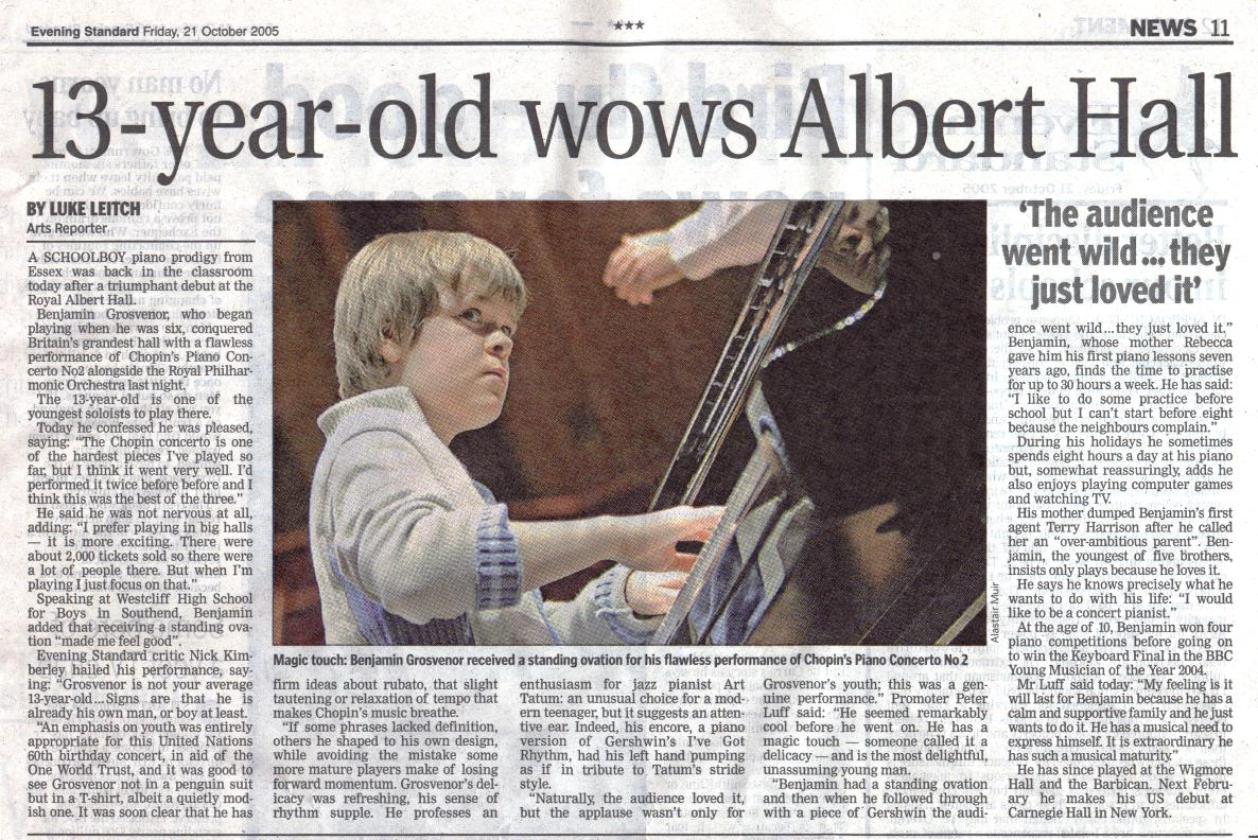 Below: Benji aged 11 competing for the BBC Young Musician of the Year Contest 2004.

Interview with BBC Radio 3 New Generation Artist. The BBC Radio 3 New Generation Artists scheme is now in its 11th year. As part of the BBC's commitment to developing and nuturing young talent this highly successful scheme has helped to launch some of today's most brilliant young classical and jazz musicians. The scheme offers them the chance to make recordings for radio and CD, work with the BBC's Performing Groups and perform live at events including the BBC Proms. For full details of current and former artists visit http://www.bbc.co.uk/radio3/newgenerationartists/