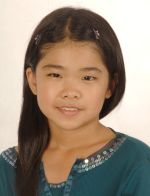 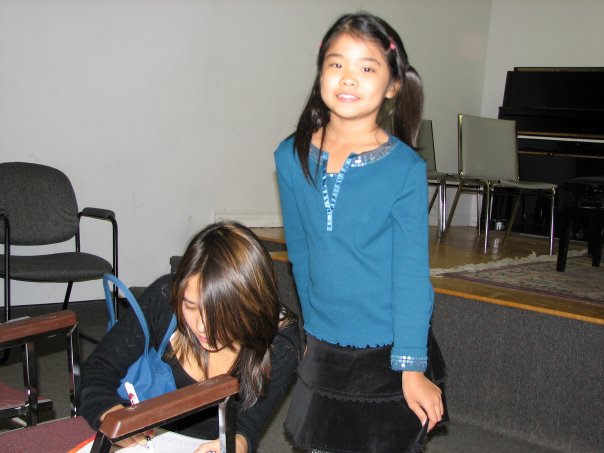 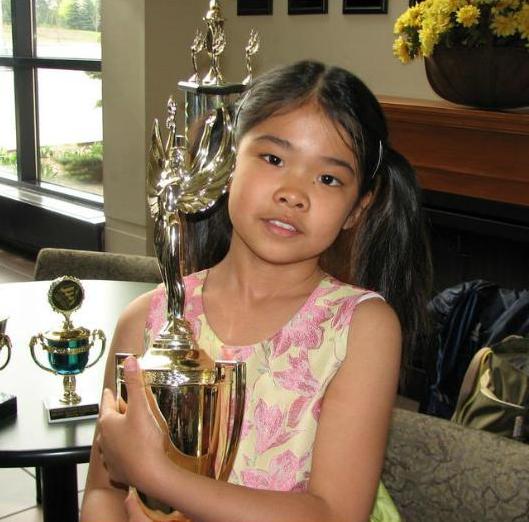 Annie has been nominated in the Rising Star category of the CBC Music Awards (20 nominees), and she's the only classical artist in this category. Please give your support to Annie by voting her. Find out about Annie here: http://music.cbc.ca/#!/play/artist/Annie-Zhou
Vote for Annie here: http://bit.ly/1xDc3WB
Annie performed this piece at the 13th Ettlingen International Competition for Young Pianists in Germany, on Aug. 9, 2012. Annie won the First Prize and the special Bärenreiter Urtext-Prize in Category A up to 15 years.
Both Lang Lang and Yuja  took part in this competition when they were within that age group. Lang Lang got the 1st place and Yuja got the 3rd.

Born in 1998, Annie is currently a scholarship student at the Young Artists Performance Academy at the Royal Conservatory of Music, where she studies with Professor Marietta Orlov. She began her piano lessons at the age of four with Tanya Tkachenko. At the age of five, she was the youngest student of any discipline to be awarded a scholarship from the Royal Conservatory School. Annie has won consecutively first place at the National Finals of the Canadian Music Competitions for all three years she entered the competition, obtaining the overall highest mark in the piano category in 2006 and 2008. She was also a top prize winner at the Third Canadian Chopin Piano Competition. More recently, she won first place at the Fifth Toronto Sinfonietta Concerto Competition in the category of age under sixteen. Annie has performed in international music festivals and prestigious concert halls in Canada, the United States, and Italy. She appeared at "Assisi in the World" in Italy twice, and at Music Niagara in its Young Virtuosos series. She performed at Glenn Gould Studio, Koerner Hall, the Toronto Centre for the Arts, the Four Seasons Centre for the Performing Arts, the Mississauga Living Arts Centre, the Oakville Centre for the Performing Arts, and the Markham Theatre for the Performing Arts. She had her Carnegie Hall debut as a gold medalist at the AADGT International Young Musicians Competition, and performed at Bechstein Piano Center, and Steinway Hall in New York. Annie appeared as a soloist with the CAST Philomusica Orchestra at the age of eight, and with the Cathedral Bluffs Symphony Orchestra at the age of ten. She played on the same stage as "The Tragically Hip", one of Canada's most successful and influential rock bands, at the Royal Occasion. She performed on CBC Radio One, and on Classical 96.3 FM with an interview. She was videotaped for demonstration at the CFMTA-MTNA-RCM World Pedagogy Conference in 2007. Her upcoming engagements include a performance with the Toronto Sinfonietta, and a solo recital at "Assisi in the World" in Italy again later this year.

The Toronto Symphony Orchestra hosted Lang Lang in an unprecedented two-week residency on November 2011. During his residency, Annie Zhou (13) appeared with him in his interview with host Alexa Petrenko at Toronto's  Classical 96.3FM, Canada Classical Radio Station on Nov.11, 2011. Annie played Liszt's Concert Etude No. 3 in D-flat Major, "Un Sospiro", S. 144/3 during the interview. This video is an excerpt from the interview.

Annie at the National Finals of the 2008 Canadian Music Competitions (CMC). Accompanied by her sister Cissy Zhou, Annie won 1st prize, with the highest mark in the piano section all ages included. Due to length limitation by Youtube, the video was cut into two parts - Part One: Concerto itself, and Part Two: Cadenza.

Annie  in the 1st round of the 2007 Canadian Music Competitions. Annie won 1st prize with the highest mark overall in this round.

Annie  in the Open Class of Chopin Etudes at 2008 Kiwanis Music Festival of Greater Toronto.

Annie performed solo Recital, a concert before Performance in Italy, at Mazzoleni Hall of Royal Conservatory of Music (RCM) on April 16, 2009. Chopin Nocturne Op. 27 No. 2 in D flat major is one of the pieces that she performed. We would like to thank Mrs. Tkachenko, Annie's piano teacher for all that she has done to make this concert a possibility for Annie. Annie gained valuable performance experience in performing at her solo concert in Italy on May 23, 2009 through this opportunity. And our heartfelt appreciation to friends and teachers who attended the concert for all the support they have given to Annie.

Annie Zhou in the 1st round of the 2007 Canadian Music Competitions. Annie won 1st prize with the highest mark overall in this round.

Annie Zhou at the national finals of the 2006 Canadian Music Competitions. Annie won 1st prize in 7 years old and under category, and received the highest mark in the piano section all ages included. Due to length limitation by Youtube, the video was cut into two parts.

Annie plays Haydn Piano Sonata no. 38 in F major, Hob. XVI:23, 2nd mvt. in the 2nd round (Provincial Finals) of the 2008 Canadian Music Competitions. Annie won 1st place at this round.

Annie  at the national finals of the 2007 Canadian Music Competitions. Annie won 1st prize in 8 years old and under category.

Annie  performed at "Assisi in the World", Italy on May 23, 2009. Chopin Variations Brillantes, Op. 12 was among the program that she performed. Note on "Assisi in the World" (Festival Assisi nel Mondo): The festival is an international festival with the aim to make protagonist the most excellent young musicians chosen all over the world and to give them the opportunity to perform in the most important churches in Assisi and in Umbria, Italy, in a series of concerts where there are also concerts of the most famous musicians who have been child prodigies once upon a time. Organized by the opera singer Laura Musella, this year's festival brought in young musicians and established international artists, who worked as a bridge between the opening concert by the Maggio Musicale Fiorentino Orchestra with conductor Zubin Mehta on March 18 and the final concert by the Rome Philharmonic Orchestra with Maestro Uto Ughi on June 7.