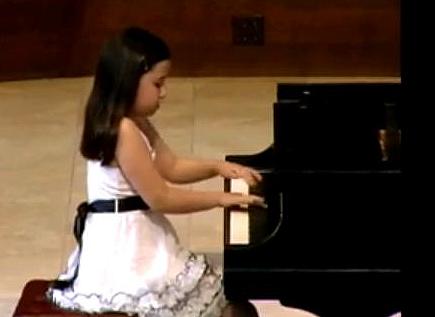 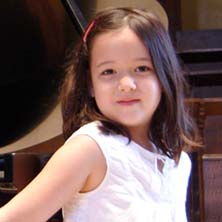 Anna Larsen was born in March of 2000. She started playing the piano when she was three. Anna has an excellent ear for music. We later figured out she has absolute perfect pitch as well as a very good memory. No one else in the family has this ability. Anna started lessons with Fani Liao and Sachiko Isihara at the Suzuki School of Newton. In 2008, she began studying piano with A Ramon Rivera at the New England Conservatory and composition with Alla Cohen. Last fall, Anna was chosen as one of the first three scholars of the Lang Lang Foundation. His mentoring has been fabulous, and we cannot say enough good things about him as an inspiration, teacher, and role model. Anna hopes to be like him someday. Anna has also been mentored by Elena Rossman from the AADGT.

Below is Anna with Lang Lang. 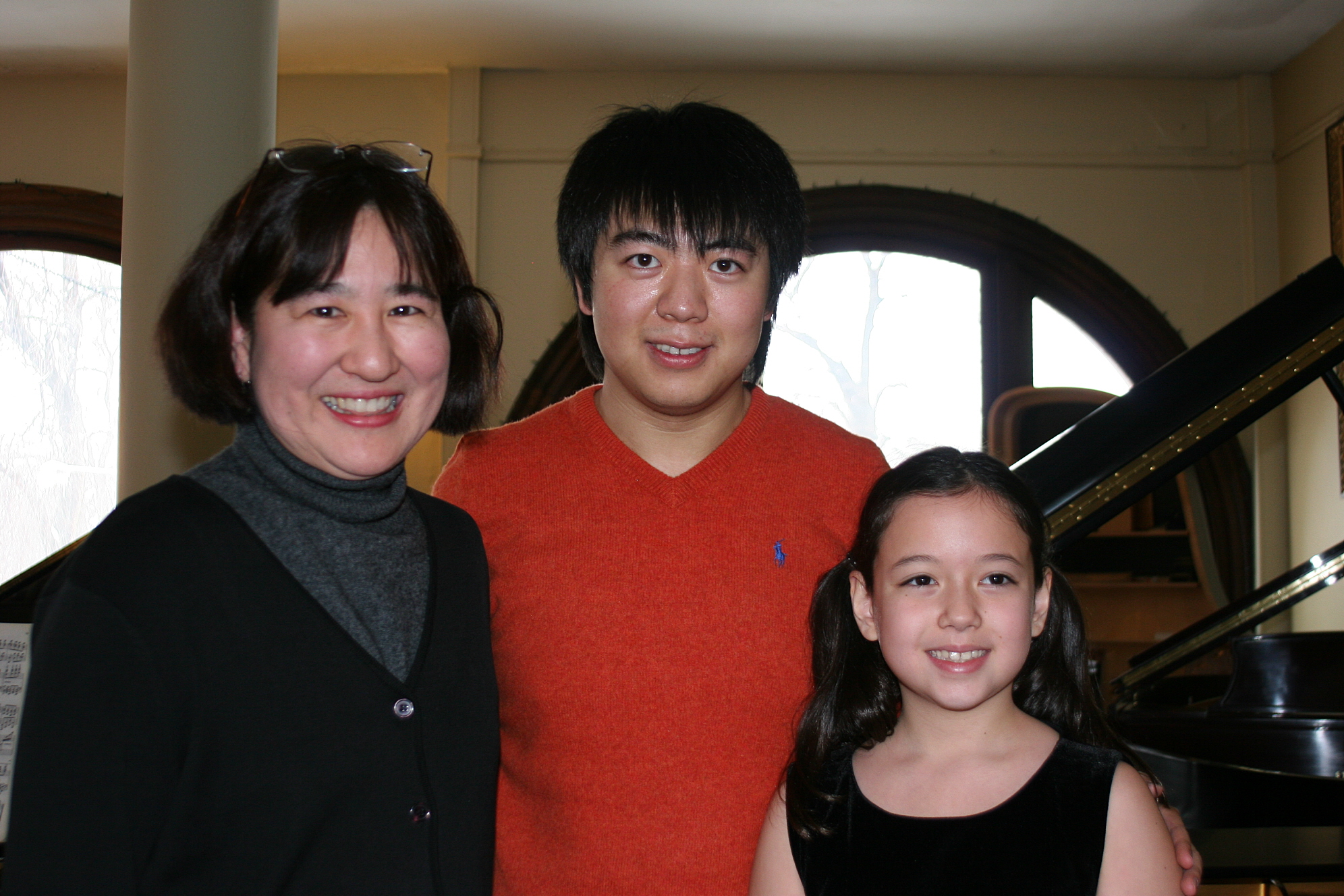 Bach Italian Concerto, third movement. Performed live in Spring 2008, by Anna Larsen, second grader. I removed the previous upload, and changed the capture settings to improve the sound quality. Hope this is better!

Anna Larsen, kindergarten (age 6) playing live at a concert honoring Mozart's 250th birthday. This piece was recorded in 2005, 2 weeks after her 6th birthday. Challenges in this piece are leaps in the left hand and the sustained notes/voicing.

Anna performed this sonata in a recital in Lincoln Nebraska. This piece is still a work in progress and she has already improved since then. It was a marathon recital for her with all three movements of the Tempest, a Haydn sonata, and the Mozart concerto No. 23. This was the longest program she ever did live in one sitting!

ABBA - Take A Chance On Me