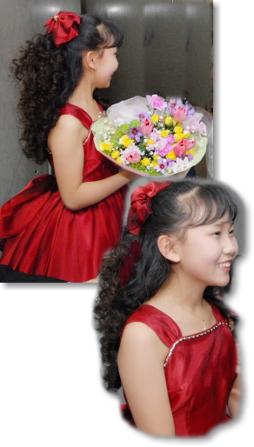 It's pronounced "eyemee", not "aymee" as would be expected. 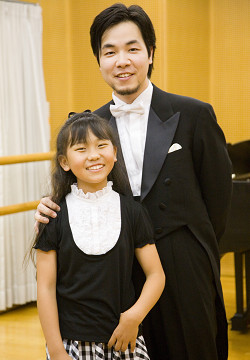 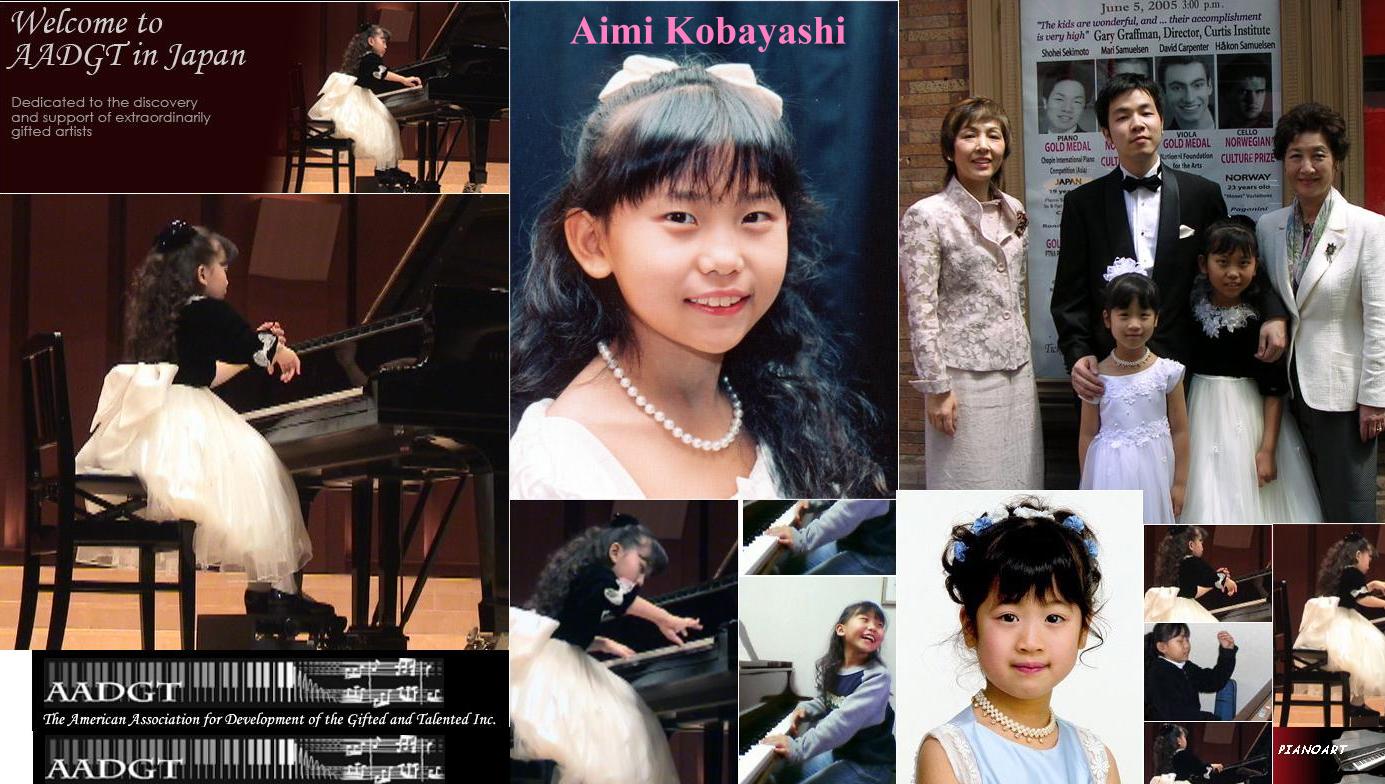 ....Aimi Kobayashi is finalist at the Chopin Competition 2015!

Aimi Kobayashi is a classical pianist born on September 23, 1995. She lived in Ube, Yamaguchi Prefecture, Japan until February 2007 and now in Tokyo, started studying piano at the age of 3, played with an orchestra at age 7, and has been receiving tutelage from Yuko Ninomiya since 8 years old, and has won the Yamaguchi Prefecture "Glory Culture Prize" three times.

* 1995 Born on September 23 in Ube.
* 2004 Won the Gold prize at 1st and 2nd grade Elementary School level in the 5th International Chopin Piano Competition in ASIA.
* 2005 Won the first prize in the elementary school division of the Student Music concours of Japan when she was in the fourth grade.
* 2005 Invited to play at Salle Cortot and Carnegie Hall.
* 2006 Performed at Tokyo Opera City Hall with the Yomiuri Nippon Symphony Orchestra in January.
* 2006 Performed at Carnegie Hall again on October 29.
* 2006 Performed Mozart's Piano Concerto No. 26 ("Coronation") with Vladimir Spivakov conducting the Moscow Chamber Orchestra and as an encore she played Chopin's 1st Impromptu at Svetlanov Hall (Moscow International House of Music) in Moscow on December 24.
* 2007 Played Beethoven's Piano Concerto No.1 with the Tokyo Philharmonic Orchestra at Suntory Hall on March 31.
* 2007 Gave a Debut Recital at the Symphony Hall of Acros Fukuoka on April 2.
* 2008 Recorded her first CD in New York, sponsored by the Paris based firm Global Private Equity [1] to be released shortly.

Aimi has been playing the piano since she was 3 years old. Starting in 2001 Aimi won the world's largest Piano competition - The PTNA (Piano Teachers' National Association of Japan) Piano Competition, 4 years in a row. In 2004 aged 8 years old, Aimi made a new world record as the youngest winner of the National Sonare Award (Junior Level G).

At the 2003 Tosu City Hupfer Memorial Piano Concours for Peace, Aimi came first winning the children's Grand Prize. 2004 saw the 5th International Chopin Piano Competition in Asia, where Aimi won the Gold prize at 1st and 2nd grade Elementary School level. In 2005 Aimi Kobayashi became the first fourth-grader in the past 59 years to come first in the final round of the Student Music Councours of Japan, Elementary School Division (4th - 6th grade).

At age 7 Aimi played with an orchestra, and achieved her international debut at the age of 9. Until this point most of her concert appearances had been national solo or concerto performances such as with the Kyushu Symphony Orchestra, but in 2005 Aimi traveled to perform in Paris (Cortot Hall) and New York (Carnegie Hall, sponsored by AADGT). Due to the Carnegie Hall appearance, Aimi and AADGT were featured in a French television program that was broadcast to the whole of Europe. Tokyo MX TV aired the program, and in December of the same year Aimi appeared on NHK Television.

In January 2006 Aimi performed in Tokyo Opera City Hall with the Yomiuri Nippon Symphony Orchestra. The orchestra has a history of over 40 years but Aimi is quoted as being the "youngest soloist since the violinist Mayuko Kamio performed when she was still at Junior High School" (Ms. Egami, Yomiuri Nippon Symphony Orchestra, Performance division). The concert was featured by NTV Japan. She has won the Yamaguchi Prefecture "Glory Culture Prize" 3 times. Aimi has been recieving tutelage from Yuko Ninomiya since she was 8 years old.

In October of 2006 Aimi performed in Carnegie Hall's Isaac Stern Auditorium as part of the "The Passion of Music" concert sponsored by AADGT.

In December 2006, AADGT sponsored Aimi's performance of Mozart's Piano Concerto No. 26 ("Coronation Concerto"), conducted by Vladimir Spivakov at the Moscow International House of Music. The concert was a great success, and was featured on Russian television.

Aimi played with the Tokyo Philharmonic Orchestra at Suntory Hall on March 31st, 2007. On April 2nd Aimi gave a Debut Recital at the Symphony Hall of Acros Fukuoka.